FREE SHIPPING on all orders over $125! 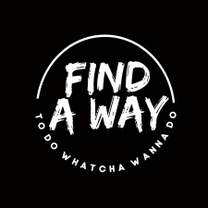 If  you had to sum up the life of Dr. Gabriel Warren in one phrase, it  would be that he has displayed resounding resiliency. As a person who  came from humble beginnings, being the fifth child of seven children,  Dr. Warren learned at an early age to not back down from anyone and to  believe in himself. These characteristics have proved to be  instrumental, as he has navigated through various seasons of life dating  back to his high school years. Dr. Warren was a three-sport athlete in  high school, playing basketball, football, and track and field. During  the process he became a two-time state champion in the high jump and  earned an athletic scholarship to compete at The University of Alabama  for track and field. It was in his first year in college when Dr. Warren  encountered his first real test of overcoming adversity. Although Dr.  Warren graduated high school with a 3.85 GPA and was in the top 15% of  his class; he found himself with a GPA of 2.23, risking academic  probation, and on the verge of losing his athletic scholarship in his  freshman year.

At  that moment, Dr. Warren was challenged by his parents, coaches, and  advisors to not blow the opportunity of a lifetime. That was the push he  needed, and Dr. warren was able to turn things around academically and  earned All-SEC Academic Honor Roll by the end of his senior year. Also,  Dr. Warren achieved his personal best in the high jump, with a leap of  7’1 ½” which placed him at number six on the University of Alabama’s  all-time best high jumps for the men’s indoor track and field at the  time in 2005.

After  graduating Dr. Warren had to overcome obstacle after obstacle. He  attempted to go back to school to continue his education, and it wasn’t  until his third attempt that he was successful at earning his MBA degree  online. A year later he enrolled in an online doctoral program,  maintained a full-time job, taught adjunct classes at night, all while  balancing being a husband and father. There were several times when Dr.  Warren wanted to give up on his goals of becoming a professor, but he  credits his faith, family, and supporting cast for keeping him motivated  to finish strong.

Dr. Warren is an Assistant Professor of Marketing, MBA Program Director, and Author of two books, No Regrets! Living Your Life to The Fullest (2008) and Push for The Journey – 40 Days to Build Your Momentum (2017),  both of which he self-published. Additionally, he is a sought-after  motivational speaker, spreading a message of hope and encouragement,  along with being the host of The Living Beyond Podcast. Dr. Warren  Currently resides in Minnesota with his wife Ebony and their two boys  Gabriel II and Christian.